Let’s be totally clear right up front. Neanderthals who disrespect, harass, mistreat, or abuse women in any way are despicable. “Men” like Bill Cosby, Harvey Weinstein, James Toback, and yes Donald Trump should be exposed, humiliated, and ruined. If I believed in hell, I’d sentence them to eternal demonic torture right alongside priests who molest children. The people and institutions who enable and protect these men should also suffer debilitating punitive repercussions. 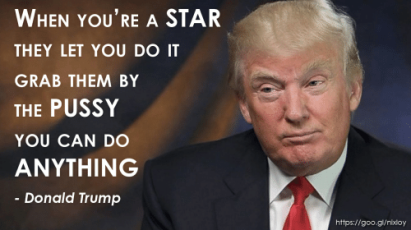 On a political digression, Trump voters as well as politicians who do not denounce him are every bit as guilty of enabling, protecting, and promoting an unashamed pussy-grabber as those who rationalized that there was some greater good achieved by aiding and abetting Harvey Weinstein or Bill O’Reilly or that it would be improper of them to criticize their behaviors. No difference at all.

That said, I want to discuss the “90% stat.” What I mean by that is the constantly cited stats emphasizing that 80, 90, or even 98 percent of women report having experienced incidents of sexual misconduct at some time in their lives. Whatever the number presented, it is undoubtedly true that most women encounter some pathetic abuser at one point or another. Citing this number is obviously effective in building awareness, creating a sense of outrage, and stimulating action.

And yet it can also be terribly misleading and counterproductive.

When one points out that “90% of women have experienced abuse,” part of the reason this is powerful is because it creates the impression that 90% of men are running around abusing women 90% of the time. Sometimes this suggestion is explicit and intentional, but mostly it is just the unintended impression produced when one hears these statistics. This impression is reinforced when advocates follow up with general comments about how commonplace such conduct is among men and how all men need to receive awareness training and be re-socialized to show proper respect toward women.

But the truth is that most men do not act this way. Nor do they talk this way – no, not even in locker rooms. And since such language has been largely purged from acceptable society, most do not even think this way anymore. I have never acted, talked, or even thought this way. In my extremely wide-ranging life, none of the boys and men I have associated with have done so either. This misconduct is perpetuated by a subset of men and is not typical of men except within certain very dysfunctional microcultures.

Certainly 90% of men do not run around abusing women 90% of the time.

Think about the survey question “have you ever been the victim of road rage?” At least 90% of people would say yes. At some point some asshole on the road gave me the finger, or cut me off, or intentionally slammed on their brakes in front of me. Maybe someone even got out of their car in a traffic jam and came after me with a crow bar. Most motorcyclists – including me – will relate their horror story of that time a car intentionally tried running them off the road. Ask one. At least 90% of us have experienced road rage, ranging from annoying to scary to life-threatening.

But 90% of drivers aren’t running motorcycles off the road 90% of the time. 90% of drivers aren’t even flashing the bird out their window 90% of the time. These acts are mostly performed by a relatively small subset of drivers with anger and power issues who do this repeatedly. For the most part, most drivers are unfailingly courteous, patient, polite, cooperative, law-abiding, and even generous in their driving behavior. But yes, there are some angry, horrible drivers who should not be allowed on public roads in a civil society.

Likewise, reports of sex abuse are best understood as the acts of a relatively small subset of men who engage in this action serially and compulsively. Bill Cosby molested 60 or more women that we know of. Harvey Weinstein is catching up at over 40 so far. A few seriously depraved men can and do impact the lives of large numbers of women with unforgettable and even traumatic encounters. Therefore, a relatively small number of serial abusers can impact, at one point or another, a huge number of women.

But what’s wrong with well-meaning advocates creating the impression that most men engage in similar behavior? Well it isn’t just unfair, but more importantly it’s counterproductive and it lets those truly sick men off far too easily.

First, it just doesn’t ring true to the vast majority of men for whom this kind of behavior is unthinkable. It makes many conclude that the whole problem is overblown. It makes them less sympathetic and unfairly shamed with no call to personal action except to stop doing what they have never done. Exaggeration may in fact encourage some men to attempt some minor abuses that they see as nothing compared to the “rampant norm” they hear about.

Second, it dilutes blame. If Trump and his supporters can create the impression that his behavior is “normal and pervasive” amongst men, then seriously disturbed offenders like our President are shielded from personal criticism and from effective shaming. Trump and powerful perverts like him aren’t pathetic aberrations, they’re just normal guys who happened to get caught on tape. That impression only works to their advantage.

Advocates – Rather than normalizing and diluting bad behavior by focusing on this 90% statistic, focus rather on statistics that marginalize these perpetrators as exceptions – as outcasts, as neanderthals, as throwbacks, as perversions, and as the criminals that they are. Creating an impression that “all men” engage in such behavior may whip up a climate of fear and anger, but it is counterproductive to your cause. Don’t make these perpetrators typical, make them deviants. Continue to cite your 90% statistics, but follow up with commentary about how much damage a few sick individuals can do.

Women – Don’t let well-meaning advocates make you doubt and even fear your husbands, fathers, coworkers – or even construction workers on the street. Be wary and alert of course, but call upon men to help you if needed. Most will take a bullet if called upon for help by a woman. When commenting on an abusive man, rather than saying and thinking “you’re just as bad as all men,” say and think “you’re a sorry excuse for a man!” The latter attitude will not only be far more effective in dissuading bad behavior but it will also make you feel less besieged and endangered and angry in a world with lots of men.

Men – While it may be unfair and even unhelpful to suggest you personally engage in these behaviors, it is not unfair to be tarnished by and held responsible for the actions of the worst members of whatever groups we are part of.  Therefore, I call on you to denounce these sad, moronic losers whenever you encounter them. Defend victims of sexual abuse – or any form of bullying – actively and aggressively. Whether the perpetrator is your best friend, or your boss – or your President – don’t stand by. Don’t look the other way. Don’t excuse. Don’t walk away. Don’t be a cowardly weenie. Step up and step in. Be a man by showing sexual abusers that their behavior is not acceptable and will not be tolerated in your presence.

I am a proud card-carrying member of the NRA. My father and my grandfather were members of the National Raptor Association as well. My great-granddad owned several hawks and a falcon that he used for hunting back in the day so it is a matter of tradition in our family. My collection currently includes a goshawk, a kestrel, two owls, and a buzzard as well as several dozen other magnificent predatory birds.

It makes me so frustrated to hear people who know nothing about birds of prey continually bash those of us who care so deeply about them. I truly love my birds and handle them responsibly. I should not be punished if some less responsible owners allow their birds to prey on cats, dogs, and other house pets. The answer to raptor attacks is not more regulation, but better enforcement the regulations we already have on the books. Raptor owners should voluntarily take classes on raptor husbandry, learn how to handle their raptors responsibly, and keep them well-secured in an approved aviary when not hunting. But families should take responsibility as well and protect their infants and young children with natural cover. Or else they should obtain their own protective birds of prey to repel hungry attacking birds. 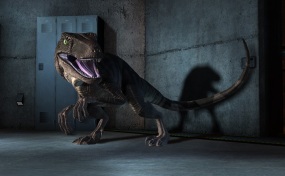 I also own three velociraptors that descended directly from the line that were rescued from the destroyed Jurassic Park facility – the first one. These are the original birds of prey. Wingless, yes, but ancient raptors nevertheless. They are potentially dangerous but that is why it is so important that they be kept only by responsible owners like myself.

Our founding fathers owned raptors and they never specifically said that velociraptor ownership should not also be a cherished, protected right. They knew that all raptors are an essential part what makes our American culture so exceptional. Raptors are the only thing protecting our citizenry from housebreakers and totalitarian governments. If we allow the bleeding heart liberals to restrict our velociraptors today, they’ll come after our American Eagles tomorrow. The claim that my velociraptor is far more likely to rend the flesh from me and my family is as absurd as are false beliefs in global climate change or evolution.

Of course I feel tremendous sorrow for the thousands that were lost in the original Jurassic Park massacre. I also pray for all those devoured in Jurassic Park 2, 3, 4, 5, and the many people shredded every day by velociraptor attacks across the country. But this is a small price to pay to protect my god-given right to bear raptors. Such unfortunate events should not be politicized to push for onerous and unnecessary raptor-control legislation. Raptors aren’t the problem. Velociraptors don’t kill people, people kill people. If those intent to do harm didn’t use a velociraptor, they’d just gut hundreds in mere minutes with their own teeth and claws.

In fact, statistics show that murder by raptor is actually higher in states and countries with strict anti-raptor laws. This proves that the only answer to a crazy person releasing a hunting party of raptors into a concert venue is a true American hero with his own raptors – like Chris Pratt in Jurassic World.

Look, I’m not crazy or unreasonable. I do support some commonsense restrictions to keep raptors out of the hands of those who would use them to do harm – like the mentally disturbed, Blacks, and Muslims. But just don’t try to pry my beloved velociraptor’s jaws from my cold dead hand, or I’ll sig em on you!

Thank the lord that the NRA is here to safeguard our god-given rights as true patriots and god bless the United States of America!