We aren’t likely to ever meet an alien. As I argued in a previous post, although it is a statistical certainty that alien life must exist, the laws of physics simply make it implausibly improbable that they could ever visit us or we them (see here). The most likely way we might learn what aliens once looked like would be if we happen to pick up an interstellar message in a bottle from some distant ancient civilization, their own version of Voyager with candid snapshots and videos from back home.

But we can make educated guesses based on the fundamental design constraints of the elemental building blocks and physical processes that apply throughout the universe. For example, intelligent aliens must have a lower and upper size limit based on fundamental constraints of molecular dimensions and gravity.

So, intelligent alien species are likely to have circulatory and nervous systems that are mechanically and functionally quite similar to our own. For vision they are likely to have two sensors placed up high for optimum line of sight and depth perception. They are likely to be similarly similar in the design of their other major systems. In short, after looking past superficial differences, alien life would almost certainly be quite familiar to human physicians and biologists.

It would be foolishly egotistical to imagine that all alien life will be exactly like us and the other species present on Earth. Certainly there would be dramatic and astounding variations that we cannot begin to imagine. But it would also be equally foolish to imagine that the bulk of species in the universe would not evolve following much the same processes with much the same results as life here. A human exobiologist could almost certainly be trained to understand, diagnose, and treat almost any form of alien life. 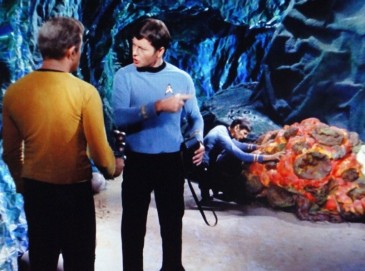 In Star Trek, after Doctor McCoy got over his initial revulsion (You expect me to treat that thing Jim?!?), he was able to patch up even the exotically alien silicon-based Horta with some simple spackle compound.

But apart from exceptions like the Horta, Star Trek and most every science fiction universe depicts very human-like aliens. This implicit assumption of similarity is made mostly so that alien creatures will be relatable and to make them playable by human actors with minimal make-up and costumes. 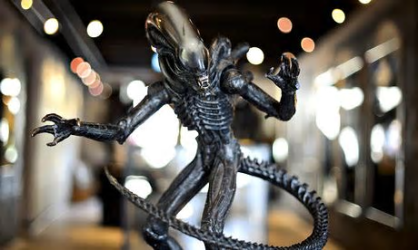 But we create human-like creatures even when there are no technical constraints. The astoundingly terrifying alien created by HR Giger is remarkably human-like with 2 arms, 2 legs, a head, a tail, a mouth, and so on. Despite having acid for blood, his alien follows the evolutionary design model of a human quite closely. It is likely not the case, as many imagine, that such alien depictions represent an unimaginative human conceit and lack of imagination. Rather, it is likely that such physics-defying aliens are actually much more fanciful than evolution is mechanically capable of producing – on any planet.

And let me be clear. Its unfathomably unlikely that any alien could remotely pass as human and walk amongst us undetected – that’s purely a movie fancy as unrealistic as aliens with acid for blood that can eat through feet of metal. However, they will be biologically similar in function if not form. They will not have any superpowers or godlike abilities that defy basic chemistry and physics because they can not. If they can fly they will need wings. And as any dolphin can tell you, there is a fundamental limit to how far they could advance without appendages that allow them to manipulate their environment.

Even many of us who are wise enough to understand that god cannot exist are still far too willing to remain agnostic in insisting that there might be aliens out there with what would effectively be godlike powers.

If my hypothesis of fundamental similarity is true, and I suggest that it must be more true than not, it should encourage us that we’re not actually missing out on as much as we might imagine because we are effectively bed-ridden here on Earth. Aliens would be marvelous to see, but evolution has offered us a pretty representative sampling of the range of life typically found in the universe.

Unless a message in a bottle lands on our Earthly beaches, we’re unlikely to ever know for sure how typical we are. Even then, that would give us only one more example of life. But we can make some pretty good assumptions about the nature of life in the universe without direct experience. And it is likely that the range of actual life in the universe is no where near as wide as our unconstrained imaginations.